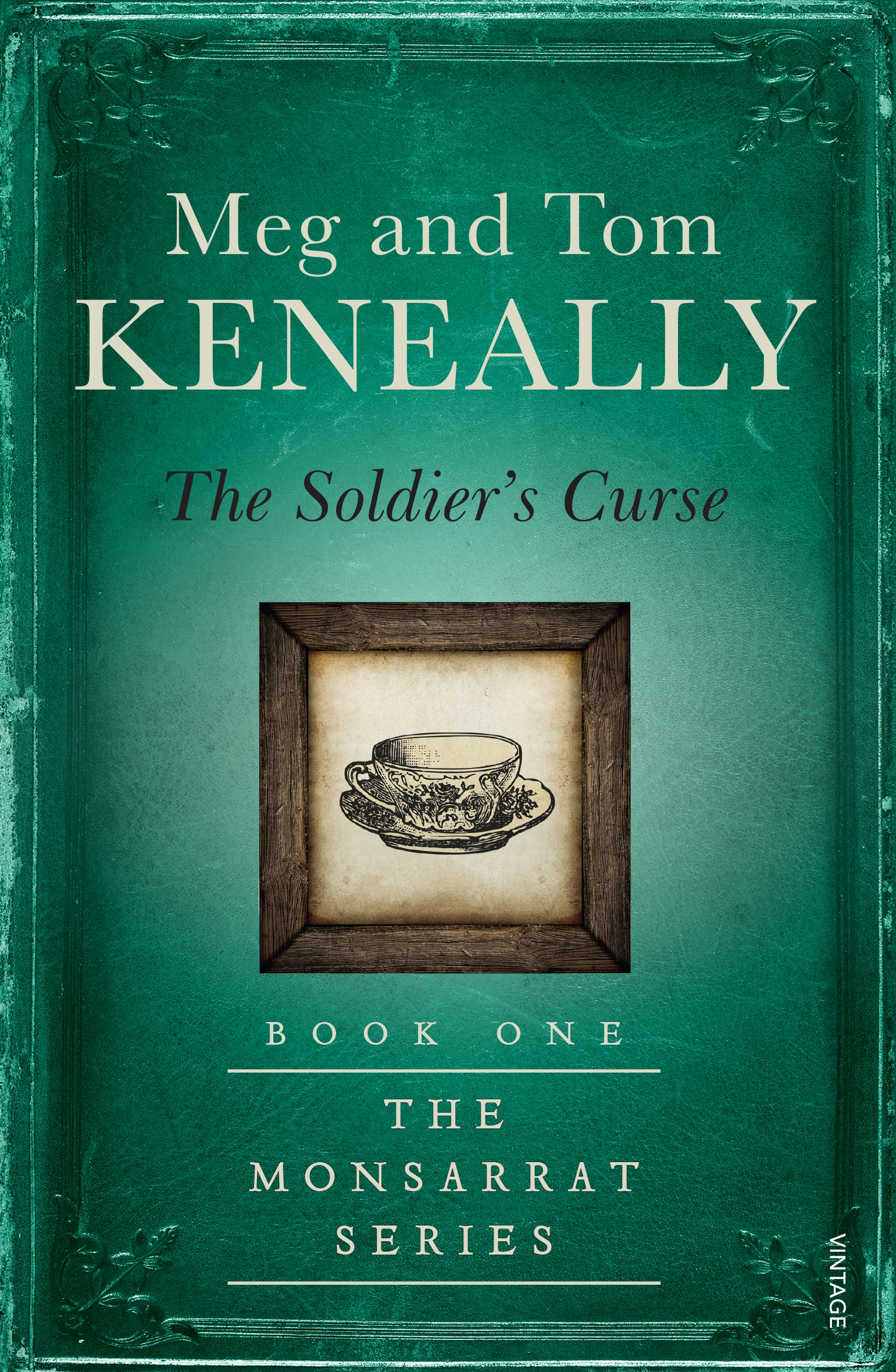 The complexity of connections between Aborigines and Europeans, convicts and jailers, alike victims of their conjunction, are rendered with empathy for misunderstanding, inequality and their costs. The Keneallys have done a great deal of able and unobtrusive research. With The Soldier’s Curse Monsarrat is fairly launched into what promises to be both a troubling future for him and a sure entertainment for readers.

A series that promises to add a new dimension to the Australian crime scene at the same time as it explores the forces that have shaped a nation. Things can only get more interesting.

The Booker Prize has long been blind to the merits of genre fiction, as we all (angrily) know, but maybe they’ll notice with a previous winner in the mix: here’s Tom ‘Schindler’s Ark’ Keneally and his daughter and co-writer Meg’s colonial crime fiction series, led by the dashing yet unfortunate Hugh Llewelyn Monsarrat, dapper in his waistcoat but sadly imprisoned in a penal settlement for second offenders. His position as clerk affords him some luxuries, including a good reputation and the opportunity for cups of tea with his housekeeper friend Mrs Mulrooney – until she is accused of poisoning the Commandant’s wife. Keen to free his friend, Monsarrat is on the case, and it’s such a smartly funny, cleverly researched tale that we should all be jolly glad of it, to be quite honest.

I really enjoyed the first of a projected 'Monsarrat trilogy' and so i hope Keneally and his daughter are hard at work.

Readers can feel totally confident in the veracity of the convict-era setting of The Soldier’s Curse. Although Booker laureate Tom needs no introduction, it’s worth remembering he has an outstanding pedigree writing historical fiction ... He is also highly adept at distilling elements of the Australian personality – both mythical and real. These considerable skills bear fruit as he and Meg depict the infant township of Port Macquarie ... But the real joy of the novel is its protagonist. Monsarrat is both believable and likeable, and in many ways the perfect amateur gentleman detective for the colony of New South Wales. [He] straddles mythology and reality. He has the knowledge and background of a lettered gentleman, the guile and cunning of a convict, and the adventurous flaw (the shadow Monsarrat) that gives him the verve to tackle a mystery.

The Soldier's Curse successfully weaves literary, historical and crime fiction together in a very engaging package. There is at least one more book featuring Hugh Monsarrat and Hannah Mulrooney coming our way and I must say I can’t wait. Engaging characters, fascinating period details and the thoughtful exploration of sociopolitical themes is more than enough to have me coming back for more.

There's a crime at the centre of the story, but it is the detail of early Australian life, the atmosphere and great writing that make the book special.

The evocation of place and time is splendid.

Introduces a totally different kind of detective, while at the same time exploring with perception and wit the forces that shaped a nation...the father and daughter duo have hit on a real winner.

The Keneallys have produced a murder mystery of admirable depth.

A fast-paced, witty and gripping historical crime series from Tom Keneally and his eldest daughter Meg.

In the Port Macquarie penal settlement for second offenders, at the edge of the known world, gentleman convict Hugh Monsarrat hungers for freedom. Originally transported for forging documents passing himself off as a lawyer, he is now the trusted clerk of the settlement’s commandant.

His position has certain advantages, such as being able to spend time in the Government House kitchen, being supplied with outstanding cups of tea by housekeeper Hannah Mulrooney, who, despite being illiterate, is his most intelligent companion.

Not long after the commandant heads off in search of a rumoured river, his beautiful wife, Honora, falls ill with a sickness the doctor is unable to identify. When Honora dies, it becomes clear she has been slowly poisoned.

Monsarrat and Mrs Mulrooney suspect the commandant’s second-in-command, Captain Diamond, a cruel man who shares history with Honora. Then Diamond has Mrs Mulrooney arrested for the murder. Knowing his friend will hang if she is tried, Monsarrat knows he must find the real killer. And so begins The Monsarrat Series, a fast-paced, witty and gripping series from Tom Keneally and his eldest daughter, Meg.